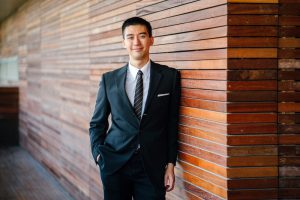 I coached a candidate for a C-Level job for which he was more than qualified. It was an internal position, so my client knew the other candidates, most of the interviewees, and the organization’s issues. A senior person and his boss and his boss both recommended applying.

Suppose he presented himself well, demonstrated honoring the legacy created by the current position holder, yet he had a plan to build for the future. In that case, he should be getting the corner office (or at least the title and a nice bump in salary). An objective review of the competition and his prospects was positive.

We went through his resume, picked out his accomplishments, and worked on any red flags. He researched the interview panel and his competition, even down the fact that one fellow interviewee would have a 3-hour commute if offered the position. We practiced how to present in a positive, engaging, and winning way.

We were shocked to find that the interviewers passed him over in favor of the weakest candidate. This weaker candidate was a marginal performer at best. However, he had been with the company for a long time. He managed to hold on to his role during reorganizations and new management changes. Of course, I had seen this happen before, but we needed to examine where our assumptions had gone wrong.

I only coach a few select people. Part of my selection process is to ensure that the person can get the job they are seeking. 100% of the time, if I get my application process right and they are looking for the proper role with the right qualifications, they will get the right job. So, in this case, I was devastated. I continued to work with the client but not charge them (that felt wrong given the circumstances).

What did we miss?

Part of the issue with this candidate was that he was doing a stellar job at his current and critical role. In a debrief after the interview, his boss told him that he was so valuable that they couldn’t let him move right now. But not to worry, they would consider him for something grand in the future.

I can’t print my views on this statement and approach to leadership here as they contain some colorful language. But they show more about the boss’s fear of losing someone rather than their joy in having someone develop and grow.

TIP 1: Make sure that you do a thorough job showing how you have a succession plan. Be clear that you can do the work now and there is no reason to delay.

Even though he was a poor choice, the candidate who won the role had excellent working relationships with senior leaders and key decision-makers on the interview panel. Backroom conversations probably sealed the deal before the interviews even took place.

TIP 2: Look for and, if necessary, engage in politics. My client didn’t directly discuss the other candidates or get buy-in from key decision-makers. Building relationships is just as meaningful as doing a good job.

Missing What’s Beneath the Surface

We looked at the other candidates, and, on the surface, it looked like my client was the most qualified. We also saw that leadership had recommended that he apply. There were no red flags or issues we could find.

We had looked at was the influence of one of the decision-makers. We hadn’t noted the competing candidate had missed some other roles he had applied for in the past. Some people might have believed that it was his time now. We didn’t know there were some conversations and even negotiations happening in the background.

TIP 3: Question assumptions and play devil’s advocate. We didn’t talk through why a weaker candidate would get the job. If we had, we might have been able to change the outcome.

Going forward, the candidate became more assertive and did more work on relationships and politics. He also was clear when talking to his boss that he wanted and deserved promotion and was willing to walk if that didn’t happen. About three months later, he got a new C-Level role in another group in the same organization.

Each no is full of valuable information. If my client hadn’t gone through this rejection, he wouldn’t have had the enthusiasm to go for the next more significant opportunity. It’s often difficult to gather helpful information from a no, and an executive coach can be a good partner in the journey to your next step.

"Transforming Your Company's Culture To Transform Your Result"